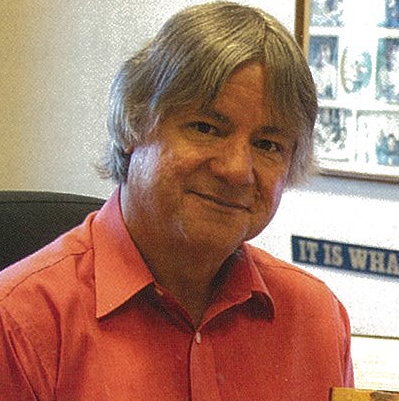 After nearly 14 years at the New Mexico Farm & Ranch Heritage Museum, Executive Director Mark Santiago announced his retirement this summer, effective at the end of July.

Since his appointment to the position in November 2006, Santiago has successfully helped Farm & Ranch secure $6.5 million in capital outlay funding for renovation and expansion of infrastructure and exhibits. He oversaw the completion of multiple attractions across the Museum’s 47-acre campus in Las Cruces, including the Heritage Garden, Hay Barn, Greenhouse, and more.

Santiago’s other accomplishments at Farm & Ranch include earning accreditation by the American Alliance of Museums and assisting in the creation of the Friends of the New Mexico Farm & Ranch Heritage Museum organization. Farm & Ranch saw an increase in visitor attendance during the years since he took the helm, from 28,000 to a high of more than 85,000.

“Mark Santiago is responsible for stabilizing the New Mexico Farm & Ranch Heritage Museum and giving it direction, and his financial savvy brought the museum to solvency,” noted former chief curator Toni Laumbach, who is now a member of the museum’s board. “He was a great director.”

Santiago also spent five years as the executive director of the New Mexico Museum of Space History in Alamogordo. At Space History, he was instrumental in leading the rebranding and renaming of the institution as well as the renovation of the museum’s exhibits. He was also awarded a Save America’s Treasures Grant from the National Endowment for the Humanities to restore and exhibit the Daisy Track high-speed test track used in preparation for the U.S. Space Program.

“After serving two decades as the executive director at two of our museums, Mark’s experience and leadership will be greatly missed,” said DCA Cabinet Secretary Debra Garcia y Griego. “During the past 13 years at the New Mexico Farm & Ranch Heritage Museum, he supervised the development of countless projects that elevated the Museum in many ways. As a researcher and award-winning author, Mark has a great knowledge of history, and he was dedicated to finding the best way to share it with the public in a museum setting. We wish him and his wife, Dawn, the best as he enjoys retirement.”

Santiago earned Bachelor of Arts and Master of Arts degrees from the University of Arizona. A historian with an interest is in Spanish colonial history, he is the author of four award-winning books: “The Red Captain: The Life of Hugo O’Conor, Commandant Inspector of the Interior Provinces,” “Massacre at the Yuma Crossing: Spanish Relations with the Quechans, 1779–1782,” “The Jar of Severed Hands: Spanish Deportation of Apache Prisoners of War, 1770–1810,” and “A Bad Peace and a Good War: Spain and the Mescalero Apache Uprising of 1795 – 1799.”